How to SSH to EC2 Instance on AWS (for Beginners)

This is a post for all those beginners just starting off with AWS. I know how frustrating it is to just get beginner level help in an environment where everyone seems to be a server ops expert.

So let’s discuss how to access your new server via SSH.

Wait, why the heck would a beginner ever SSH into a server?

Believe it or not, now that you’re on AWS, all those server administration tasks that were taken for granted are going to haunt you at every corner. You’ll have a newfound appreciation for what hosting providers do and that pesky cPanel you’ve grown to love and hate.

For example, you may have to change file or folder permissions, restart a service like Apache, or modify something that would typically cost time and money if you enlist a contractor. So be awesome and just try to do it yourself!

So here we go with some basics:

I wish someone told me this when I first started playing with AWS. You’ll find these type of treasures hidden in Q&A threads, but not in any easy to understand guide in AWS documentation. Depending on the type of EC2 instance you have setup, below are the default / primary usernames:

To SSH into your EC2 instance, you’ll need to grab its the EC2 Public DNS URL. It will look something like below:

To find this Public DNS URL, do the following:

Commands to SSH into EC2 Instance:

Next, let’s get to actually logging into your EC2 instance. To do so, you’ll have to open Terminal (on a Mac), or a SSH client like Putty (if on PC). Then, use the command below based on the type of instance you have. Pay attention to the difference in the primary username.

If necessary, see this guide on how to fix the permission error when SSH into EC2 instance on AWS

That’s it. That’s as short as I can keep this post.

Here’s some additional reading material that I think may be helpful: 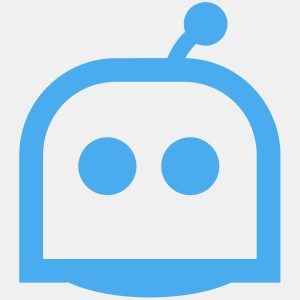 Charlie
Charlie is CEO of 99 Robots - a digital marketing and WordPress agency, CEO of Triberr - a content and influencer marketing platform, Cofounder of JuiceTank - a startup incubator in NJ, and WordPress wrangler and Cofounder at Gabfire Themes. He likes random emails from people and telling better stories. Find him somewhere in his travels.

Keep up with Us!

How to Backup Your Google Ads

How to Update Your Google Ads Billing Details or Payment Method

You give us just an email. We'll give you the latest Nuts & Bolts on online marketing, PPC advertising, SEO, & web development.

Discover how we can help your business grow

We’ll get back to you within a day to schedule a quick strategy call. We can also communicate over email if that’s easier for you.